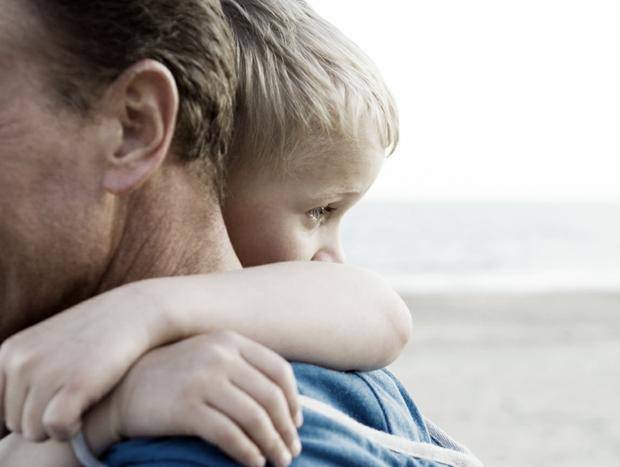 Exploring masculinity: the wild journey of raising a son.

Lately, the popular perception of manhood has shifted from ‘cowboys don’t cry’ to metrosexuals in touch with their feminine side and with a budget for moisturising cream and a face mask! Yet what is at the core of the masculine soul?

John Elldridge, author of Wild at Heart identifies three needs at the core of the masculine soul: a battle to fight, an adventure to live, and a beauty to rescue. Every man needs to know he has a more important role to play in the bigger picture than simply keeping up with the Joneses. We need to know that life means something, that there are noble causes to fight and metaphorical dragons to slay and we need to know at our very core that we are up to the challenge. As fathers we have the dual challenge of being a man and raising our son to become a man. This is one of the greatest challenges and greatest blessings that life will ever provide.

It is not possible to overemphasise the impact that we as fathers have on our sons.

What we expose them to and what we teach them through our lives and our words, our actions and interactions helps to form so much more than just their world view. It imparts to them their very sense of self, the inner fabric that will equip them for confidence and success or fear and failure. Fatherhood offers a chance to mess up monumentally or to lay foundations of self belief and conscious, principled behaviour that will affect not only them but generations to come. A year after my divorce my son Luke decided to come and live with me. At the age of 12 he was a big, strong boy, tall and solidly built. He played rugby, loved riding motor bikes and was a real boy in every way. Yet I also noticed a tenderness and vulnerability in him. More than that, there was a cry, a yearning for masculine nurture.

He had questions which I needed to answer.

His young developing masculine soul needed to draw from a man, and that man was me, his father. For several weeks after moving in with me Luke would regularly creep into my bed late at night and just hold on to me tightly. It’s hard to explain what passed between us during those poignant prolonged hugs but it was profound and beautiful. I didn’t have to say anything, almost by osmosis he was drawing from me. I was his rock, his anchor. For his developing manhood I was his source of masculinity and strength.

No matter what I was experiencing inside, no matter what challenges I was facing, I was Luke’s Dad and he needed me.

This was a revelation to me. I realised the impact that I as a father could have on my son, I realised that there was a window of opportunity for me to give Luke what he needed, and I realised that my ability to do this would quite possibly have the single biggest influence on his development as a man. I also realised that more than teaching and instructing and laying down the law, fatherhood is about imparting.
Impartation takes place in so many ways. When Luke was about to turn eleven I asked him what he wanted to do for his birthday party. The list of activities he chose was telling: play rugby, have an arm wrestling competition, me and all my friends to fight you all at the same time, light firecrackers, blow something up, cook meat on the fire, and stay up the whole night playing Playstation. It was mayhem, but it was wonderful. The testosterone was palpable. There was impartation, the younger men pitting their strength against the older, exploring their own strength and ability, growing in masculinity.

One of the tragedies of our modern culture is a lack of tradition and ritual that provide opportunities to impart masculinity and manhood.

Because of this, for Luke’s 13th birthday I decided to create a rites of passage ritual for him. I invited ten male friends each of whom possessed integrity and qualities I wanted to see passed on to Luke. I asked each of them to prepare a short message for Luke about what it means to be a man and to buy a gift that represented the message they wanted to impart. My gifts to Luke consisted of a sword, a compass, a crystal, and a cross engraved with the words ‘nothing is impossible’. The compass represented Luke’s moral core, his true north, the values and principles which would guide him through the rest of his life and I committed myself to teach him and help him discover for himself what these values are. The crystal represented his potential. I talked about the power that is contained in one atom and that in Luke was the potential to significantly influence the world. I told him that as his father I believed in him and would do everything I could to help him discover and realise his full potential. The sword represented battle. I told Luke that not everything would come easily and I gave him permission to fight for what he believed and I committed to doing all I could do to equip him for the battle. It was a profoundly moving experience for all of us. What surprised me most is how much the ceremony touched the ten male participants. Many of them said afterwards that it highlighted just how much they had missed out on growing up.

One of the most challenging things about being a father is the realisation that you cannot impart what you do not have.

I was once called to lecture in a subject that I had not previously studied and I remember anxious nights spent learning subject material that I would have to teach with authority. Fatherhood often feels that way. What Luke has asked of me has often highlighted what I never received myself. Very few of us arrive as adults emotionally unscathed and often what we are called on to impart to our sons highlights the very thing we ourselves lack. Yet rather than being a disaster this creates an opportunity to step up to the plate and be and become a man as we nurture and grow a man!
In my journey as a father I have learnt many lessons and believe there are many more I will still learn. These are four of the most important:

(and there is no greater tester of authenticity than a teenager). Your greatest parenting tool is the life you live. If there is any discrepancy between what you say to your son and how you live your life what you are trying to impart will be completely lost.

2. Words of affirmation are invaluable.

Your son needs to hear from you that you love him, that you think he’s great, that you are proud of him. Tell him sincerely, enthusiastically, and tell him often.

3. There is no substitute for time.

Almost without fail the great learning moments with an opportunity for impartation have come as a by product of spending time together. In fact whenever I try and plan a time to discuss anything important Luke normally cottons on and the shutters go down. The most important learning opportunities come when we are just having a great time together and the topic comes up naturally in the course of conversation or we see something and Luke asks me about it. Luke still talks about the time when he and I spent a weekend canoeing and camping. Sitting around the fire that night Luke plied me with questions about everything from insects to God.

4. Discover the essence of who your son really is and nurture that essence.

Most of us project in some way and restrict our ability to truly see our sons as they are and not how we would like them to be. Our children are a reflection of us. Their success represents our success. So many fathers live out their ambitions and unfulfilled desires through their sons. It takes a big man to recognise in his son something fundamentally different to himself, to connect with this, love and accept it and to nurture it. This point is highlighted in the tragic story in the film Dead Poet’s Society. The son was passionate about drama and yet didn’t get his fathers approval. His father demanded that his son become a corporate man. Haunted by his father’s rejection of who he was at his very core, and unable to subvert his essence to be something that he truly was not, the son eventually took his own life.

As a father you are the most powerful man in your son’s world and the primary influence on his young life.

What you do with this incredible privilege will shape his beliefs about himself and the world and largely determine the trajectory of his life. A thousand times and in a thousand different ways he will ask you, his father, to answer key questions about himself. And at the core of every question will be, Dad, do I have what it takes? Answering this question as many times and in as many ways as he asks is the challenge and the joy of being a man with a son.