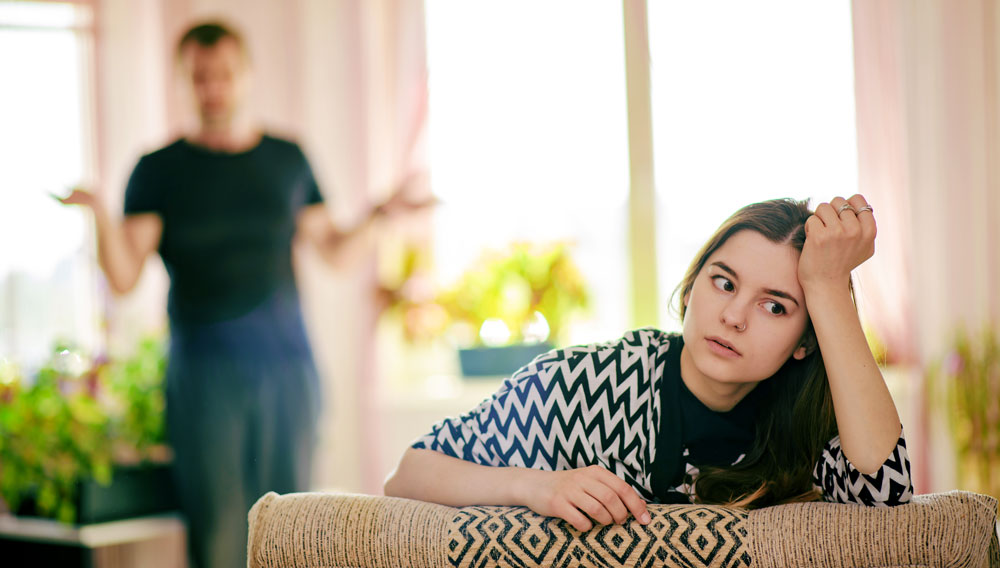 My heart sank as I read her Facebook post. Just when I thought I’d dodged this dad shaped bullet her words haul me firmly back into the firing line.

“It would make my life” she wrote. She wanted to go really badly and wasn’t going to let any “sold out” sign get in her way of her finding a ticket. Now a showdown I was really hoping to avoid was looming. She’s seventeen and I’m her dad and the ticket in question was to a two-night music festival known for its drunken revelry and generally wild behaviour. It was the kind of event we used to love to go to when we were much younger. But now that our daughters are almost at the age we used to be when we did, such gatherings have degenerated into the devil’s playground and the breeding ground of all known evil.

To make matters worse I was kind of guilty of getting myself into this spot in the first place.

When she first told me about the concert I was let off the hook by the fact that there were no tickets. Whew, I didn’t have to make the tough call; the laws of supply and demand had done it for me! I even managed to refrain from spontaneous expressions of joy and feign a little sadness for her lost opportunity. But now she wasn’t playing fair and my avoidance of a few weeks prior was coming back to bite me. Sure enough the moment of truth came. She found a ticket. Dad I’m sooo excited! Strangely I’m not.

This is one of those no win situations for a dad. How do you say no to your precious daughter when “all her friends are going”, when it’s something she has been looking forward to “all her life” (teenage girls invented hyperbole!).  But how can you agree to something you really don’t believe is right for her. And the difference to peace-in-the-home between a yes and a no is stark. Say yes and you’re the super cool dad everyone wishes they had. Say no and you become a strict monster dad quicker than an angry Hulk turns green and supersizes.

So I start the dreaded dialogue, which plunges my dadshares into free fall and transforms my daughter’s sunny disposition into what I imagine Darth Vader would look like without the mask.

The conversation is not fun and all my “dadpoints” seem so lame.  Don’t you trust me?  Ouch. Yes my precious I do trust you it’s the other people going that I don’t trust. But all my friends are going! Just because most people do something doesn’t mean it’s right.  What’s the big deal dad? Well..  .

This is not easy stuff.  I want her to be happy. I delight in her happiness, and I love to see her thriving. There is very little I wouldn’t do to give her all her heart desires. And I want her to like me.  I much prefer pleasant banter in the car on the way to school than stony silence and death ray glares. I REALLY do.  But there is much more at stake here. Although it’s probably not quite the seething-mass-of-drunken-hooligans-chanting-satanic-slogans-in-a-lust-crazed-stupor-with-enough-steaming-vials-of-rohypnol-to-sterilise-a-herd-of-wild-horses that it may seem to my overly protective dadmind; it is still an unsupervised two-day party where alcohol will flow liberally, boys will be boys, no doubt some drugs will be on offer and where my daughter would be exposed to the kind of stuff that I do not want her to experience quite yet (ever if I’m honest!).

The situation is not made any easier by my son’s poignant observation that “strict dads make sneaky kids”. Thanks my boy!

Setting appropriate boundaries is one of the most difficult things to do as a dad. But it is also one of the most important things we have to do.  We need to fight for our daughters.  We need to equip them with the skills and awareness to handle what life will throw at them and release them into the world at a pace which matches their readiness to deal with it.

The truth is I do trust my daughter.  Completely.  She is a sensible, grounded and mature young lady. But I never want her to be in a situation where she is in danger or compromised in any way.  The time will come, sooner than perhaps I would like, when she will have to face the many challenges and subtle and not-so-subtle dangers that life never fails to dish up. But when she does I want her to be ready and I will do everything I can to make sure she is. She matters, her life matters; she is of great value and profound importance to me, and it’s my job as her father to protect her and equip her for life.

It’s a few weeks since the showdown and Darth Vader has slowly made way to sweet seventeen.

Conversation has evolved from malevolent silence and monotone one-worders to almost full sentences and though she doesn’t quite laugh at my jokes yet she does smile. My dadshares haven’t reached their previous high but as any good investor knows you have to take a long term view and the life I’m investing in is worth more than anything Wall Street could ever offer.  I’m not here to be popular; I’m here to be dad. And dad I will be. To the most precious young woman in the world.